A recognized expert in breast conditions

Since 2007, he has been one of the scientific coordinators of the West German Research Group (a national project created to coordinate clinical research aimed at improving the effectiveness and tolerability of breast cancer therapy).

Oleg Gluz has been promoted in 2009 on the topic "The prognostic and predictive significance of the molecular classification of high-risk breast cancer." Since 2010 he has been an assistant professor at the University of Cologne. September 2012 - Awarded the title of “specialist gynecologist”. Since October 2009, he has been a senior physician at the Breast Center Niederrhein, Moenchengladbach. Dr. Oleg Gluz habilitated in 2017 on the topic "Predictive and predictive markers of high-risk breast cancer."

Dr. Gluz is a member of the American Society of Clinical Oncology (ASCO), the German Senological Society, the European Organization for Research and Treatment of Cancer / EORTC , American Association for Cancer Research (AACR).

In February 2018 Dr. Gluz received the Claudia von Schilling-Stiftung Award for Outstanding Scientific Publications. This award recognized the article by Dr. Gluts in the Magazin of Clinical Oncology, which in 2016 was recognized as one of the ten most cited publications of the year in the international professional community in the field of oncology. It was devoted to the results of a large-scale study carried out by the West German Research Group in collaboration with specialists from the Medical School of Hanover and the University of Munich. Ludwig Maximilian, whose goal is to individualize chemotherapy algorithms in the treatment of breast cancer.

What is a breast care specialist?

Breast problems need to be taken quite seriously. How often should I visit a field-specific physician? What preventive actions are appropriate? How can modern mastology help in disease detection? All these issues are dealt with in our post about the key features of breast care specialist work. 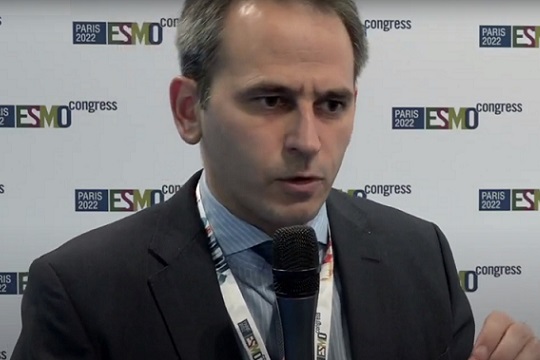 Thanks to new studies, it is now possible to successfully treat breast cancer without chemotherapy. One of the leading German mammologists, Dr. Oleg Gluz, reported about it at the 2022 ESMO Congress.