Expert opinions and online advice on childhood epilepsy delivered via your computer or mobile device. Second opinion is available wherever there is an internet. All you need is a PC or a smartphone.

About 0.5% of all children and adolescents have some form of epilepsy. Mild forms of the disease have little or no effect on daily life. However, if it manifests itself as frequent seizures, it can be a heavy burden on the child and the family. Nevertheless, over time, many families manage to cope successfully with the problem.

Can febrile seizures be related to epilepsy?

The most common seizure-like symptoms in early childhood are febrile seizures, which by the age of seven occur at least once in about 3% of children. But in most cases they are not associated with epilepsy, as seizures occur only when the temperature rises.

What is the difference between child and adult epilepsy?

Many forms of epilepsy begin in childhood and continue into adulthood. Symptoms vary from person to person, but do not depend on age. However, there are special types of the disease that occur during childhood and adolescence and do not manifest themselves again later.

In both children and adults, some epilepsies have no known cause, while others are caused by brain damage, metabolic disease, or genetic factors. The methods of diagnosing and treating the disorder in adults and children are the same. But its impact on life differs, because children have other needs than adults and have a different attitude to illnesses.

What are the manifestations of epilepsy in newborns?

Seizures are more difficult to recognize in newborns and infants than in older children. They may appear as eye movements, clucking, clenching and unclenching of the hands. They often occur in the first few days after birth.

Seizures in infants are usually the result of illness. They happen, for example, due to lack of oxygen, bleeding, or impaired blood circulation in the brain. However, there are also mild forms of epilepsy, which pass within a few weeks after birth. Less common are hereditary forms, which occur shortly after birth and are usually very severe.

Absence epilepsy: during a seizure, the child will become unconscious, look blank or stare, and will not respond to speech. There may be fluttering of the eyelids, eye rolls, or throwing the head back. Sometimes these brief “absences” occur up to a hundred times a day.

Rolandic epilepsy: during a seizure, one side of the face will twitch, sometimes also an arm or a leg. There may also be tingling, numbness, speech and swallowing disorders, or dribbling. The child is usually conscious. Seizures most often occur while falling asleep or waking up.

Juvenile myoclonic epilepsy: this condition starts during puberty. Seizures with muscle jerks and sometimes extension movements of the arms and shoulders usually occur in the morning after waking up. Sometimes the legs also twitch.

West syndrome: this severe form of epilepsy almost always begins in infancy. During a seizure, the child's whole body bends and stretches, and the muscles in the neck, throat, and trunk tighten dramatically. Seizures usually last only a few seconds, but can happen up to a hundred times in a row with short breaks.

What is the course of epilepsy in children?

In many children, the condition is mild and disappears after a few years. It leaves no consequences, and such children usually develop normally. Mild forms (also called "benign" forms) include Rolandic and absence syndromes. The former often does not even require medication, as seizures usually do not cause much inconvenience.

In other cases, epilepsy is permanent and sometimes very severe.

Very frequently, seizures can be effectively controlled with drugs, however such therapy must be continued throughout life.  Very severe epilepsies, such as West syndrome, can affect development. Sometimes the disease is complicated by no response to drug therapy.

About 70% of children with epilepsy have normal intellectual development and are as intelligent as their peers without epilepsy. The impact of the condition is limited to some restrictions in daily life.

However, frequent seizures can be physically and psychologically stressful. Their possible consequences may include:

- low self-esteem (many children are ashamed of their seizures and feel frustrated that they cannot be controlled);

- fear of the next attack, which causes both children and their parents to socialize less with others and cut their sports activity.

In addition, there is a risk of injury, such as from a fall associated with a seizure. However, adequate treatment and support can ensure a good quality of life despite epilepsy.

Developmental disorders, brain damage and mental retardation are more common in epilepsy patients. They can be both a consequence and a cause of seizure syndromes.

What is the service about?

A second opinion on childhood epilepsy is a service which makes it possible to get a remote consultation of a qualified specialist, based on available medical summary or study results.

• to confirm the existing diagnosis;

• to make sure that the recommended treatment, e.g., surgery, is correct;

• to obtain information on advanced methods of childhood epilepsy diagnostics and treatment;

• to get expert commentary on previously performed exam results;

• to make the right choice if there are two or more possible therapeutic options.

What will the client get?

A diagnostic conclusion and disease treatment/control recommendations based on the available data. If the data is insufficient, follow up exams will be recommended.

What data should be provided to get a second opinion?

Hide this block
Forms and conditions

A written review of the available medical data, including the consulting specialist's conclusions and suggestions of treatment/follow-up procedures, or recommendations of follow up diagnostics. Report size: up to 1 page.

All services contained in the written second opinion plus an up to 10-minute telephone talk in which the consulting expert shall check the symptoms, explain the suggested treatment plan and answer the patient's questions.

All services contained in the written second opinion plus an up to 15-minute video conference with the expert including visual examination, symptoms check, comment on radiology exams, explanation of the suggested treatment plan and answering the patient's questions. 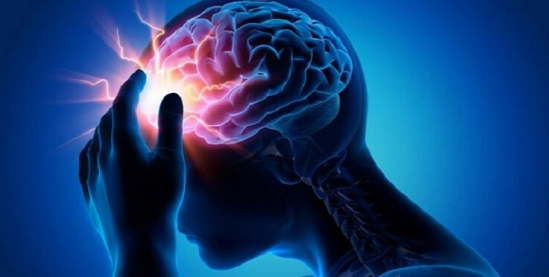 We Are Happy to Introduce a New Service

From now on, our clients can benefit from a second opinion on epilepsy, one of the most complex neurology issues.